Trending
You are at:Home»Healing Series»Forgiveness 2 – Raul
By Vazken Movsesian on March 19, 2014 Healing Series

There would soon be nothing to celebrate on Cinco de Mayo. It was in the year 2000 on May 5 that a young man named Raul Aguirre died outside his High School. In an effort to break-up a gang-related scuffle, Raul got caught in the mix and a knife meant for another boy killed him instead. Raul was not a gang member. He was a student. He was only 17 years old. 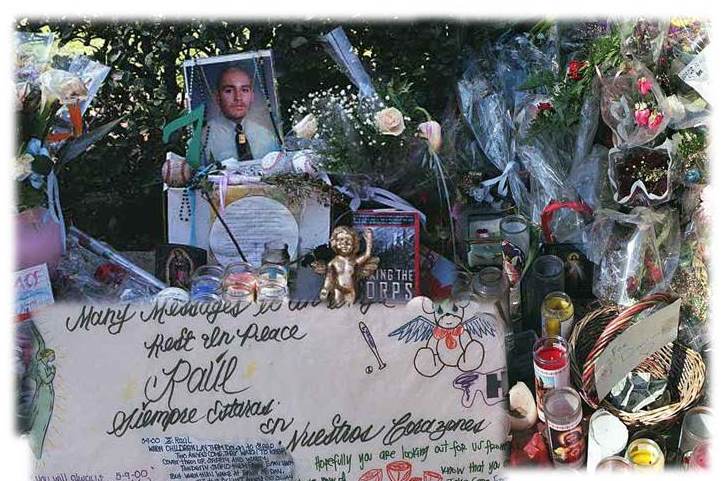 All this took place directly across the street from the church where I serve as Pastor in Glendale, California. Our church had not yet opened in 2000 and so, I came to know Raul from the stories I heard, but more so from a demonstration of compassion, love and forgiveness offered by his mother, Leticia Aguirre.

On that day, Raul was late coming home from school. The phone rang and she received the first news that her son had been hurt in a fight. Only three hours later, Raul died on an operating table.

Mrs. Aguirre recounted, “That moment was the most horrible in my life…. I felt that I would die, but the worst is that I didn’t die…”

When we opened our Armenian Church and youth ministry center in 2003, the community was very much talking about this murder. The trial was underway. The minor tensions that existed between the Armenian and Latino communities were even more pronounced by some of the students at the school. The boys who killed Raul were Armenian.

Day after grueling day of testimony Mrs. Aguirre attended the trial of her boy’s killers. And then the unexpected happened, at least it was unexpected for me. In fact, so much so, that I invited her to come and speak at our church – to explain this unexpected event – to a sanctuary filled with Armenian women, men, mothers, fathers and children. She spoke in Spanish, we translated in English and Armenian, and everyone – yes, everyone – heard the story in a language called Love.

“I wanted justice to be done,” said Mrs. Aguirre. “In court I saw the mothers of the gang members kissing crosses and praying to God to forgive their sons and I thought how difficult this must be for God.”

But when Rafael Gevorgyan, one of three gang members being tried begged for Mrs. Aguirre’s forgiveness on the final day of his trial, she gave it to him.

“I saw a boy, almost a child, in a situation so grave asking for forgiveness,” she said. “I felt huge compassion and huge tenderness.”

As we move toward healing, we assume that the wounds of life will be closed and repaired. Some of our hurt and pain is so intense that they may never go away, but healing is not about forgetting. Healing is about completing. It’s about finding the supernatural miracle, that is, rising above the expected and achieving the spectacular. Forgiveness is supernatural. Forgiveness is going beyond the expected and therefore the result is spectacular. It’s healing and completing. Mrs. Aguirre’s actions were supernatural, that is, they rose above the expected argument of hatred and acknowledged the power of love. There’s not much higher healing than this.

On our Road to Healing we stop to reflect today on yet another lesson in the art of healing through forgiveness. Our illness, our disease and misunderstandings come in many forms and shapes. To be healed we need to rise above the expected to achieve the spectacular. You’re looking for a healing. You’ve asked for a healing. Now ask yourself, how can I make this happen by rising above the expected? By being greater than the natural, that is, by being supernatural? Is there room for love and forgiveness in my life and if I opt for them, is there healing?

I look forward to meeting with you again tomorrow as we continue on the Road to Healing.

Produced by Suzie Shatarevyan for epostle.net
More about Raul Aguirre at http://7×77.org
Get A Lenten Journey with Fr. Vazken delivered by email
View in iTunes
Now Playing on BluBrry