Trending
You are at:Home»Armodoxy»Foot-Mouth Dilemma – Day 16 of the Road to Healing
By Vazken Movsesian on March 17, 2014 Armodoxy 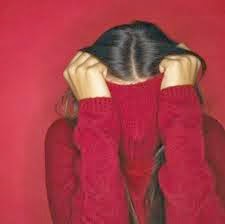 “Hey, congratulations,” said Ed to Liddy. They hadn’t seen each other since they broke up during their senior year in college. They had dated for several years and even contemplated marriage. Things happened and they both went their separate ways.

No matter how much time goes by there is that initial nervousness that can leads to awkwardness when you first connect with someone so special from the past. It certainly was there at this chance meeting at the Starbucks in Lompoc, near the Air Force Base. After college Liddy had moved out of state, married, and built a lucrative career as an engineer, acquiring many government contracts. Her latest success involved a major deal with the Mars-Taurus project at Vandenberg.

After the initial surprise of seeing one another, the exchange of a hug and a soft kiss on the cheek, Ed started the conversation, “It’s great to see you here.”

“It’s great to be back here on the California coast. I missed the breeze and that gentle mist. I often wondered if you were still in the area.”

Ed smiled and after a brief pause, he offered his congratulations.

“Thanks. I’ve been waiting a long time for this.” It didn’t surprise her that he knew about her landing this sweet deal. She had been interviewed by the local newspaper and a radio station just about a month ago.

“Oh, everything is set for next week. And we’re set to move in then.”

There was an awkward pause along with her confused look. “Umm…” That’s when they both realized something was off. “Boy or girl? In my new job? I’m not sure what you mean.”

Ed looked down at her belly and asked, “What’s it going to be? Didn’t you find out already?”

Liddy put her hand on her tummy and in an uncomfortable manner replied, “Oh that. I guess that’s what happens after years of a desk job, not enough exercise and eating junk food.”

Now the awkwardness-ball was in Ed’s court. He had his foot in his mouth and needed to get it out quickly. He spotted her key chain; it had a small dog medallion on it. Pointing to it, he said, “Oh, I saw the charm on your ring. Is your dog a he or a she?”

Now this had to have been the most lame and stupidest come-back, but he was going for it. Liddy came back on her own, “It’s OK, I know I’ve gained quite a bit of weight since we last saw each other. Trust me; you’re not the first one to notice.”

“What are you talking about? You look as good as you did back then. A pound here, a few pounds there, with all the sugar and carbs people are taking in, you’ve rounded out well.” At this point, even he realized this wasn’t getting better.

“You’re being kind, Ed.” She was truly embarrassed and now the conversation was too personal for comfort. “It was nice seeing you today. Maybe we’ll run into each other soon.” She had had enough and needed get away.

He was embarrassed and in a last ditch effort to rectify the conversation, “If you really want to get out from behind the desk, there’s a great gym just up the street.” He was done. He wanted to kick himself in the mouth. Maybe that’s where the expression “putting your foot in your mouth” comes from.

Have you ever put your foot in your mouth? I know we’ve all said something that we’ve later regretted. I’m sure you’ll agree that the bigger regret is when we don’t acknowledge our mistake in the first place and make it worse by shoving our foot farther and farther in. Ed mistook Liddy’s weight gain for a pregnancy. Mistakes happened. Yes, he would have had a moment’s embarrassments, but friendships can survive embarrassments. They can’t survive insincerity. His cover up was the painful part. It was what pushed Liddy away and closed the conversation and closed the future for the two.

On our Road to Healing we are at a new plateau. Yesterday I asked you to take some time to reflect on all that we have learned thus far. We’re going to accelerate the trip and journey into some uncomfortable areas. We can either admit to our flaws and suffer a moment or two of embarrassment (but what is embarrassment among friends?) or we can fake it, twist and turn until we force that foot in our mouth. Let’s opt for the first way and keep an open mind and reflect openly – without fear of embarrassment.

Our prayer this day is to keep our soul and heart open. To find the courage to be upright and sincere, admitting our faults and refuse the stigma of embarrassment. We have no reason to reject this sincerity; we are with God and with our self.

This is Fr. Vazken inviting you to join me again tomorrow as we continue on the Road to Healing.